Interviews, essays, and research exploring the frontiers of what's valuable and in our self-interest

The Library of Economic Possibility

The Bento Society is a community brought together by a belief that life is bigger than Now Me. We use the framework of the Bento to ground our choices in a larger concept of ourselves.

Today the Bento Society is pleased to announce its first-ever Future Us Grant, a $1,500 award given to a project pushing the frontiers of value and self-interest.
The first Future Us Grant recipient is The Library of Economic Possibility, a publication and database that makes alternative economic concepts and evidence of their real-world results easily accessible to the public.

The Library of Economic Possibility launches later this year with deep dives into three concepts: basic income, land value taxes, and worker codetermination. Further concepts will be added to the Library over time.

The Future Us Grant is the first outside funding for the Library of Economic Possibility. An interview with Oshan Jarow and Kasey Klimes, the project’s founders, is below.

The Future Us Grant will be given multiple times a year to projects exploring value, self-interest, and the considerations of future generations. Learn more or nominate or apply for a Future Us Grant here.

YANCEY: Can you introduce yourselves?

KASEY: I'm Kasey Klimes and I'm based in New York City. I spent the last four years as a Design Researcher at Google, but recently left to start an applied research lab called rhizome r&d. Previously I served as a city planner at a small urban design consultancy in Copenhagen. I hold a master's in city planning from UC Berkeley, and recently returned to graduate school to study economics at The New School for Social Research.

OSHAN: I'm Oshan Jarow. I got my degree in economics and philosophy. After graduation I moved to India for a year, but found myself creeping back towards economics as a leverage point to allow people to do things like explore their consciousness or to live lives that they choose. Now I work at the intersection of those two spaces. I host and produce The Musing Mind podcast where I speak with social scientists and philosophers, and I’m a writer. Before COVID I was supplementing that with managing a fine dining restaurant in Kingston, New York. After COVID I found myself with more time, and that’s when Kasey and I started talking and the idea for the Library started coming together. We've been working on it ever since.

YANCEY: Tell me about the Library of Economic Possibility.

OSHAN: You know that old William Gibson line: “the future is already here, it's just not evenly distributed yet”? The pieces of the next economic paradigm are already here, we just haven’t put them together yet. We have these really potent pieces but they haven't been organized in a way that shows we have a strong and well-researched inventory of possibilities. There are policies and different ways of approaching economic questions that we can weave together to drive deep structural change in how the economy works. But it's really important to ground these conversations in evidence. Optimism is made stronger when it's laced with empirical knowledge. The role of the Library is not to tell people what we think is or isn't a good idea, it's to provide a resource that brings all these possibilities onto one platform.

KASEY: The knowledge required to evolve the economy is largely locked away in academic texts and obscure language trapped in PDFs behind paywalls. It's very difficult to access and difficult to parse even if you can access it. We want to provide better access to that information to a broader audience. There's no new knowledge being produced here. We're simply trying to present the knowledge that has been amassed across a variety of fields in a way that makes it more accessible to more people.

YANCEY: You’re starting with three economic concepts. What are they?

OSHAN: One is basic income, a large scale, quite-expensive social policy dealing specifically with the safety net. We're also doing codetermination, which is about changing power dynamics in companies by putting worker-elected representatives on the boards. The third is a land value tax, which changes the incentives that drive development.

YANCEY: How will you help the average person better understand these things?

OSHAN: At the heart of the project is a digital library. We take a policy, let's say basic income. We amass and search for all the academic papers, the public opinion polls, the reports on real world experiments and natural experiments. We read them and as we read them we extract what we're calling insights. Out of a 25-page paper you probably won't read, here's most of everything you need to know boiled down to a sentence or two. There might be ten from a paper. We create a database of all those insights pertaining to that policy drawn from all the sources that we gathered, and those insights create an information architecture that makes it very easy to know where insights came from and what the researchers found.

YANCEY: What are the “economic possibilities” of worker codetermination? How do you answer a question like that?

KASEY: In the case of codetermination, we have great examples from Germany, Sweden, and Denmark and we can learn a decent amount from how it's played out. For example there's been studies that have found that the resilience of firms through economic downturns is stronger with worker representation on the boards of these companies. There's been evidence that it has at least no negative impact on stock prices of these companies. If you dig into the weeds there's also some suggestion that it improves information flows through the company. We’re also looking at information that suggests that these policies might not be a great idea. We're trying to be as comprehensive as possible. We look at the empirical evidence for and against these policies across the board.

YANCEY: What are some of your favorite insights or observations you’ve come across so far?

OSHAN: One thing that struck me recently was a poll conducted by Data for Progress that found that in all but, I believe, two states in the United States, not only did the majority of people polled have a favorable opinion towards codetermination, but a majority of Republicans had a favorable opinion too. That suggests there's opportunity to agree on a better way forward.

I was also reading a paper the other day on a negative income tax, which is a variant of a basic income. My numbers are a little fuzzy, but the general point was in 2007 the US government spent around $200 billion on means-tested welfare programs that were meant to alleviate poverty. There were about 36 million Americans living in poverty at the time. After accounting for those programs, they successively lifted about six million Americans out of poverty, however about 28 million people were still in poverty. That same year if you look at the incomes of all the Americans who are living in poverty in the US Census and tally it up, they would have only needed a collective $125 billion to bring everybody above the poverty threshold. We spent 1.5 times the amount necessary to eradicate poverty and yet 28 million Americans were left in poverty.

OSHAN: All of us here are fans of Mariana Mazzucato, and one of the things that she likes to say is how the economy doesn't just have a rate of growth, it has a direction. And we actually have a say in what that direction is. This Library is not saying, “Here's what we think should happen by virtue of giving you the numbers.” These conversations aren’t settled by the empirical evidence, but they're greatly substantiated and empowered by them. So as we have these conversations about what we value as a society, how we want the economy to evolve, we hope that these numbers and research will help us be informed.

KASEY: We came up with our name separately, but people might be familiar with the famous essay written by John Maynard Keynes back in 1930 called “Economic Possibilities for Our Grandchildren.” It's a wonderful essay where he makes all these predictions about economic growth we would experience in a way that would fundamentally change the social fabric of our lives, and he essentially lays out a timeline by when this would happen, which actually falls on 2030. Very much in that spirit, we have these rich possibilities that are here at our fingertips and a lot of great evidence about them. We're hoping this project brings these questions front and center and pushes us to think harder about what works and what doesn't.

YANCEY: When does it launch?

KASEY: In large part thanks to the grant for the Bento Society, we’re aiming at launching by the end of this year. You can see a preview up at economicpossibility.org. Subscribe to stay up to date with the latest news or follow us on Twitter.

My thanks and congratulations to Kasey and Oshan on the project and the grant. Visit economicpossibility.org for more.

To support the Bento Society and the Future Us Grant, become a member today.

To be notified of Bentoism news and events, share your email address. 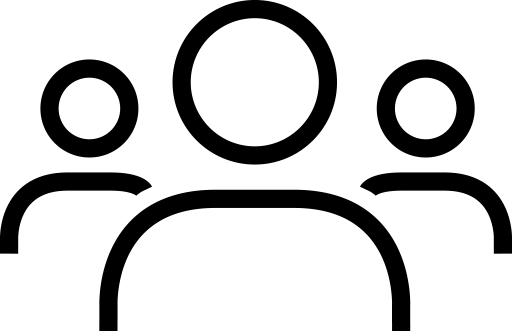 To learn more about the Bento Society, feel free to explore:

More about the global community of the Bento Society: